hide
hide
No announcements have been posted yet for Windsor Valiants. 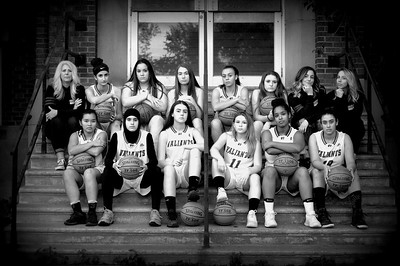 Windsor Valiants are pleased to announce the coaching staffs for the 2018-19 Season. We are extremely proud of the increased Female Coaches within the club that will be helping lead our teams this year and in the future. They will be great role models and leaders for your daughters.

Tryout Dates and information can be found at http://www.windsorvaliants.ca/organizations/3197/pages/115787

Contact information for coaches can be found at http://www.windsorvaliants.ca/organizations/3197/contact_page

We look forward to another great season.

The JUEL All Star weekend took place this past Saturday May 26th at Sheridan College with the Freshman vs. Sophomore game at 1pm and the Juniors vs. Seniors following that at 3pm. Windsor Valiants JUEL Prep team saw Jamilah and Ashanti Poku-Christian named to the Freshman squad. It was the first time that 2 players from the club have made the all star team in the same season. In a hard fought competitive game that went right down to the wire it was the Sophomores that prevailed with a late basket with under 30 seconds left in the game to win 72-71. Congratulation to both Jamilah and Ashanti on the great achievement!!

High School Summer League is back!!

The Windsor Valiants High School Summer League is back. Register your teams today! League will start at the end of June and run all summer long on Wednesday nights. Minimum of 8 players on each team. There will be separate divisions for males and females. For any questions please contact Josh at joshhleeman@outlook.com. 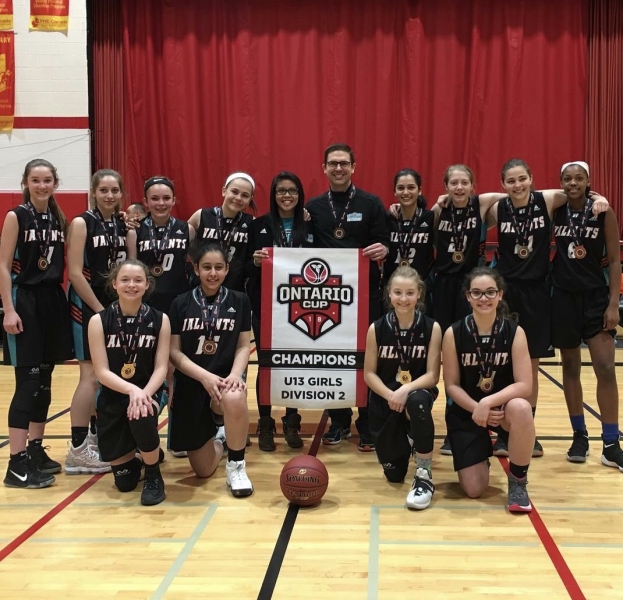 The Windsor Valiants U13 Bantam Girls basketball team went undefeated at last month’s Ontario Cup Championships in Welland, en route to a Division 2 Gold Medal. The team finished 4-0 after being seeded 3rd in the 8-team draw, winning their games with focus and conviction by margins of 9, 12, 31 and 9 points along the way.

Game 1 versus local rival Tecumseh Saints was a hard fought 46-37 victory, a game closely contested throughout. The Valiants were able to finally separate in the second half with stifling full court defense and a late charge on offense to open the tournament with a valuable win. A similar script emerged against the Brantford CYO Falcons in Game 2. The two teams played for the 5th time on the season, with the Valiants coming out on top 41-29 and setting up what amounted to a semi-final matchup with #2 seeded IEM Oak Ridges.

The Valiants came out from the opening tip versus IEM with passion and purpose, claiming an early 17-0 lead to start the game on the strength of stellar outside shooting by guards Kiki Sran (16 pts) and Kalyssa Gendreau (18 pts), and a stout defensive effort. The Team was able to build on a 32-18 halftime lead throughout the second half while surrounding a total of just 6 points in the final two quarters, posting a final score of 55-24. The victory paved the Valiants’ way to the Division 2 Championship Game against Stoney Creek NYB.

For a second straight game, the Valiants rode the hot shooting of Tournament MVP Kiki Sran, who sparked a 13-3 run to start the game while draining four 3-pointers. This time however, the opponent responded by chipping away slowly, and earning a 21-21 score at the half. The Valiants held firm coming out of the break, quickly building a lead with a tenacious defense and opportunistic offense. Stoney Creek once again pressed the issue, and were down just 3 going into the final quarter. After briefly falling behind 33-34 to open the fourth, Windsor was able to assert themselves with superior ball movement on offense, executing patiently against a tiring NYB defense, and closing out the game with clutch free throw shooting for good measure.

Kiki Sran finished as the team’s leading scorer on the weekend, pacing the team with 58 points and a team-high eleven made 3-pointers. Kiki’s valiant display was supported by excellent team defense and balanced scoring throughout the tournament, with Claire Pozzi (38 pts), Samantha Lozon (31), Kalyssa Gendreau (30) and Lily Collins (26) helping Sran lead the way, and ending the season with a memorable Championship experience.