Major Bantam rolls over the competition! 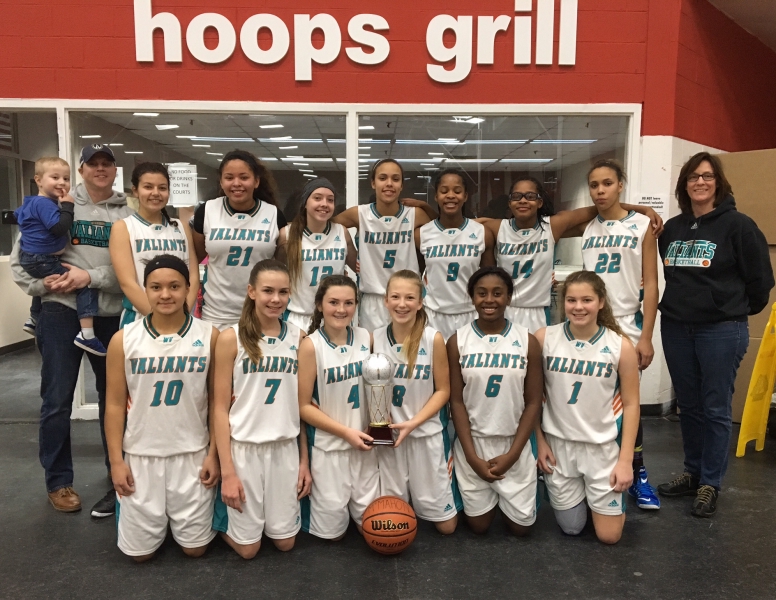 After going undefeated in their previous trip to Hype Gymnasium, the Major Bantam girls were given another opportunity to test their skills against our US neighbours by virtue of a “free entry”, the prize for winning their last tournament at Hype.

Knowing that a return trip to Hype and going undefeated again would be difficult, the Major Bantams worked tirelessly to prepare for yet another challenge in Wayne, Michigan. The preparation paid off, and the girls rolled through the round robin, going undefeated once again! Their record gave them an automatic birth in the championship game, where they played the host Hype team. The Valiants got off to a great start, with relentless pressure and crisp transition play helping them head into half time with the lead. There was no let down in the second half, as the Major Bantam girls continued to pressure the Hype and through great team defense finished off with a 10 point victory, and another Championship win at Hype Gymnasium.

All 13 girls had significant contributions over the weekend, as it was truly a team victory in each game.

Congratulations on yet another outstanding weekend of basketball ladies, you make the entire Valiants organization proud!